Is It Better to Control People or Systems? 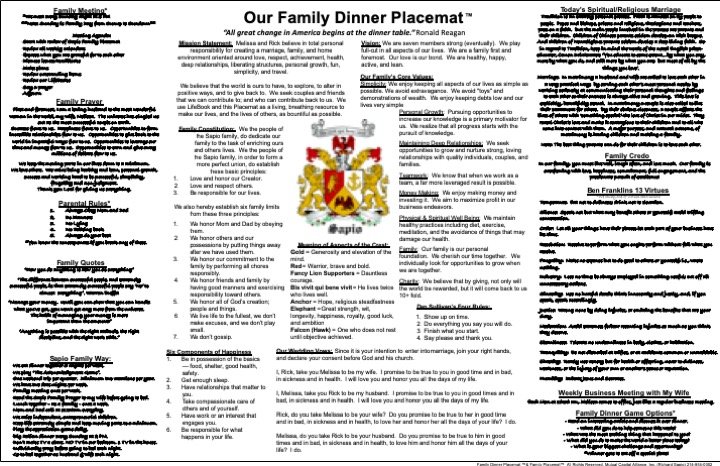 I am excited to write about a principle that I have learned the hard way over many years. Recently, a close friend dealing with a tough situation asked me, “Rick, how do you control people and how do you deal with controlling people?”

My initial response to that question was, “Wow, those are two strange questions.”

They were strange to me, because I failed miserably my entire life at attempting to control people, or groups of people for that matter.

My answer to her was, “Not so fast.  I think it’s best to create and control systems, not people. Because at the end of the day, it’s impossible to control people.” And so we had a very long conversation about this; which became the basis for this blog.

I began thinking in my life where this was true.  More than 10 years ago, my wife informed me that she was pregnant with our first of four children. At the time, I didn’t know if I would live past the age of 50. I was very concerned because everybody in my family had died young and my dad died right after he turned 50. And so we decided to create a family placement, which many of you know about.

The family placement sits on our dinner table, and we all see it every night. On our placement are written our simple rules for being a member of our family, and for living a fulfilling live. This includes our values, our family crest, what the crest means, how we run our family, our wedding vows, the six components of happiness, our favorite family quotes, what happens at our family meetings, etc.

When we labored over creating the placemat, we made a commitment that it would be a permanent document, that would never EVER be altered.  It has stood the test of time. And by leaving it permanently on our dining table, where our children see it every day, our family began to operate with a very clear set of rules. Please re-read the quote above. At this point you may be thinking:  Wait a minute.  This is so counter-intuitive that it kind of doesn’t make sense. So let me use an example that someone told me recently.

Now imagine that the guardrails were not there, but the bridges were there and the cars could still go from one highway to the other, high up in the air. How slow would people drive if they knew the path but the guardrails weren’t there? Imagine peeking our your car window while driving over one of these ramps with no guard rails!  You can look down 50 feet. In this new scenario, people would drive incredibly slowly, and there would be bumper-to-bumper traffic.  Now imagine the addition of simple guardrails. All of a sudden, driving begin driving these massive overpasses at 60 miles-per-hour again.

Voltaire once said, “When the rules are clearly defined, then and only then can true creativity flourish.” So let’s go back to where we started: Controlling behavior versus controlling a system. When my wife and I sat down to create the family placement, we created a system and it’s up to us as parents to make sure that our kids understand that system.

In most situations in life, there is no system, or placemat, or set of rules.  People are trying to get the world to “get in line” and go their way.  So, when the world doesn’t go their way, they at times lose their mind. It may explain why tens of millions of U.S. adults take prescription drugs for mental disorders.  People mistakenly believe that they’ve got to figure out a way to control people and situations. This can’t happen. It especially can’t happen in the absence of defined values and a solid system to operate from.

I challenge you to look in areas or your life, i.e. on the job, in your business, in your family, etc.  Examine the structures around you.  Examine also places where you don’t have clear, well-thought-out principles and structure.  In these places where principles and structure don’t exist, you will most likely see chaos and people trying to control that situation. You also observe that during periods in which they’re trying to control others, they’re losing their mind because they’re not operating from a playbook, a pre-established set of rules and principles from which they are enrolling people into, as opposed to controlling people.

Here’s one more example. I believe that all the work that goes into creating a system: Whether it’s a family structure, a nonprofit, or a company, much of the hard thinking and planning work should happen at the beginning before you start. This is the point where you think about the best BFS Business Frame, the values that you aspire to hold inside that entity or that family, the rules that others will abide by, etc.  It’s best to do this work at the beginning; so that when you hit the “GO” button, you can then execute on those principles.

What happens in most situations is people want to be flexible, especially today. We live in a world of need it now, do it now, and constant communication. We have forgotten permanence as a society.

Let’s look to this real-world example:  For 4 years – before they flew their first plane – Southwest Airlines leadership spent countless hours thinking about how to keep things simple, while sticking to their core purpose of FREEDOM for common travelers, and a list of tight values.  With these principles in mind, they developed the airline, which research shows that after their first 30 years of existence as a public company, Southwest airlines was one of the top performing stocks on planet earth. I would be willing to bet that Southwest Airlines management was NOT attempting to be controlling on their people, BUT, they were definitely controlling on their systems and processes, so that their people could perform at a high level.

If people opted into that system as employees, they knew what the rules were in advance. Just like when my kids opted in to accepting my wife and I as their parents.  This means they opted into our set of rules and our Family Placemat.  I believe that it’s the leadership in that entity, whether it’s Southwest Airlines or my wife and I, or you and any entity that you’re involved in.  It’s up to you to control the system, not the people. But ideally what happens is in a business, especially when the clarity of purpose, clarity of catalyzing statement, clarity of values, clarity of objectives, etc. are there for everybody to see, the right people over time will opt in, and the wrong people opt out.

Note that many people reject this principle because they want “flexibility” and “creativity” in all areas of their lives. My wife, Melissa, was one of those people. However, after seeing our Family Placemat in action, she has become fully vested in our family placement “system.”  Our kids are now, 5, 7, 9, and 11-years-old; and they are flourishing in their young lives. It’s pretty cool to watch.

Now think about this in your own life. You’ll most likely discover what Melissa and I discovered.  Even though she’s the creative type, and even though she went through her whole life saying, “I don’t really like the structure and all of that,” she has come to totally appreciate what we have built together.  The funny thing is that now, at times, she is more structured than I am.  She has seen, just like the employees who own stock in Southwest Airlines saw, that everybody working in concert from the same sheets of music, like a symphony, will produce a far bigger result than everybody singing and operating from their own sheet of music.

Thank you very much.
Rick Sapio